Many opinions have been made regarding the date of the production of the koson coins.

The researchers who read the monogram in connection with Brutus dated them in 42 BC. Those who saw the letters of the monogram reading OLBIA and this city as producer, connected them with a Scythian ruler from around 40 BC.

Those who consider that the coins were minted in the name of king Cotiso, the one mentioned by the ancient sources, date them in the time of Augustus, towards 30 – 20 BC.

An extremely interesting theory considers that all the kosons are.... medieval forgeries. Initially, in 1973 Monedele geto-dacilor, Constantin Preda considered these coins as ancient, but he later revised his opinion:

”The monetary type, unusual for the Antiquity, the lack of evidence regarding the use of gold by the Geto-Dacians in that time period and the presence of Koson-type coins in common hoards with Lysimach type staters, produced in the Middle Ages, are important arguments in favour of a new opinion, according that this coins are a Transylvanian mintage from the late 15th century or the beginning of the 16th century. Supporting this conclusion, there is a series of written information from that period, and also the presence of koson type coins mounted in liturgical vases from the first half of the 16th century” 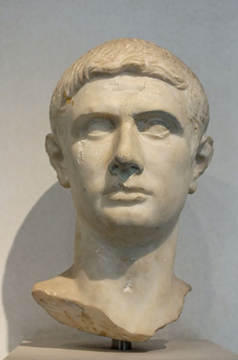 ”To conclude: the staters of KOΣΩN type were issued between 43-42 (before Brutus` defeat, in the autumn of the year 42 BC). (…) It is true that the gold coins were struck for the soldiers whom Coson wanted to send to Brutus in Macedonia. (…) The final confrontation had taken place at Philippi before the Dacian financial support was sent there. The gold coins were “blocked” in the royal treasure of Sarmizegetusa Regia until the emperor Trajan conquered Dacia.”

“The only Dacian gold coins known today must have been minted for military and propagandistic reasons, by one of Burebista`s successor, who was named Koson, as inscribed on the reverse of the coins. Because the main discoveries come from the surroundings of Sarmizegetusa, we have no reasons to believe that the coins were produced in another place, and regarding the dating, it seems acceptable to us to place them sometimes in the second half of the 1st century BC”