The coins were realized by hammering a gold modul with the help of a pair of dies. In Antiquity, the coins were made with two dies, one fixed (obverse) and another one mobile (reverse). Above the fixed die, a disk shaped metal blank was placed, and on the top came the mobile die. By hammering the upper die, the negative image was stamped on the metal disk. This procedure of striking coins remained basically unchanged until the Middle Ages. 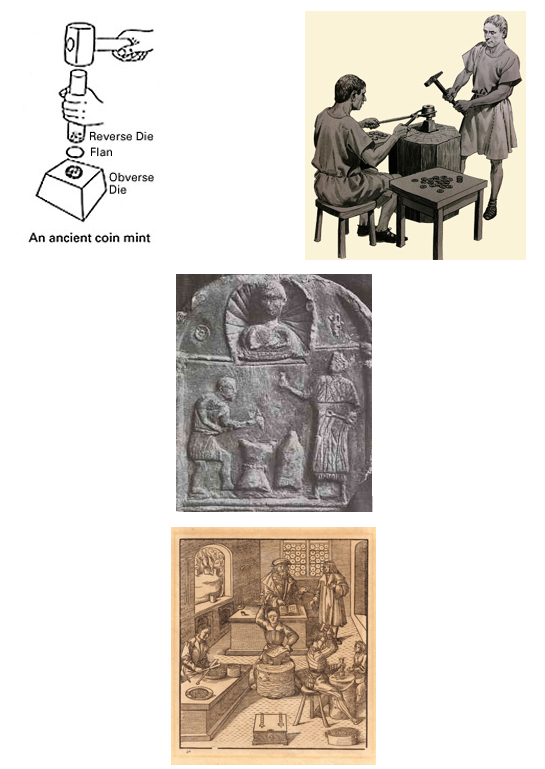 The die was made from an iron or bronze cylinder, and had, in negative, the image of the coin. It was made using various techniques like engraving, cast in the “lost wax” technique etc. 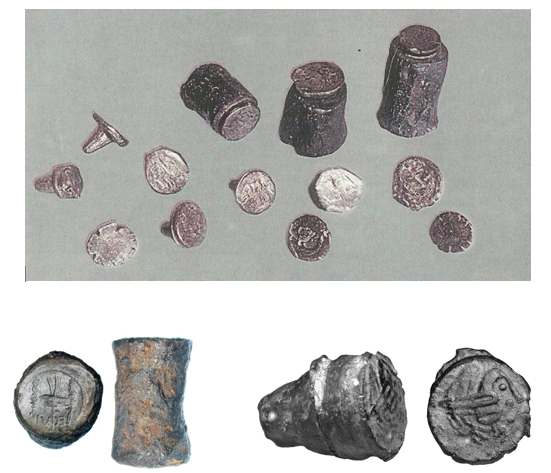 Discoveries of ancient monetary dies are extremely rare all over the world. From Dacia, some finds are known, the most spectacular one being the Tilișca, Sibiu county, and Grădiște Muncelului. The dies from Tilișca (it seems, a 1st century AD die-hoard) were used to forge Roman coins, and proved that the Dacians had a solid knowledge of moneymaking technique.

A study of the dies used to produce the kosons with monogram from the Târșa hoard revealed the following:

”All the 221 coins kept in the National Bank of Romania were produced using only two fixed dies. Searching around 150 kosons with monograms from various sources, and listed in recent auctions, we did not encounter any other fixed die, but this does not exclude the possibility that others will show up in the future.

We consider very important the fact that there is no link between the two fixed dies. Although the first one is associated with two mobile dies and the second, with four mobile dies, we have no coin to prove us the fact that both dies were used at the same time, or one of them was used when the other one was exhausted. Moreover, between the coins struck with the two fixed dies, numerous differences exist, some of them being easy to spot, like stylistic details or diameter, others that are noticeable by weighing or metallographic analysis.”

”Because the coins with the fixed die 1 have a higher weight and metal title, we can consider them earlier.” 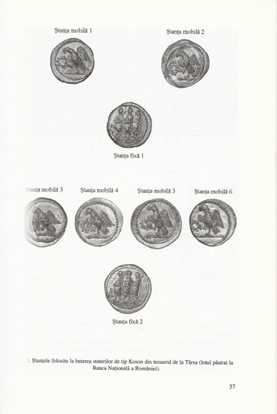 With only one fixed die, around 10000 up to 30000 coins were made, which means that the total mintage of koson coins were in the range of about tens of thousands.